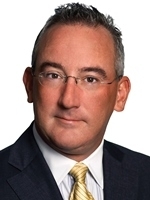 In Continental Casualty Company v Symons,[1] the Ontario Superior Court recently confirmed that a foreign judgment will be enforceable in Ontario, despite an ongoing appeal in the foreign jurisdiction, if its judgment is final in the sense that the foreign court no longer has the power to rescind or vary that judgment. The Court also signaled that enforcement under these circumstances may be subject to an order staying execution until the conclusion of the foreign appellate proceedings.

The plaintiff brought a motion to recognize and enforce a foreign judgment from the United States District Court of the Southern District of Indiana even though that judgment was under appeal. The defendants opposed the motion on three grounds. They first argued that the judgment lacked the requisite finality to be enforced in Ontario because the appellate decision had not been released. Second, they objected to enforcement on the basis that the judgment breached the principles of natural justice. Finally, and alternatively, the defendants argued that even if the Court recognized the judgment, it should stay the execution of enforcement until the release of Indiana Court of Appeal’s decision.

a) Finality of the Judgment

The Court reiterated that for a foreign judgment to be enforceable in Ontario, it must be a “final” judgment. The issue of finality was complicated in this case because the judgment was under appeal. In ruling on this issue, the Court reviewed the existing jurisprudence, including recent direction from the Supreme Court of Canada, and concluded that a foreign judgment is final, for enforcement purposes, when the issuing court can no longer vary or abrogate its decision. The Court stressed that appellate proceedings do not impact the finality of a judgment. It held that this is especially true where enforcement has not been stayed in the issuing jurisdiction. In this case, the defendants had failed to post the bond required under Indiana law to obtain a stay of proceedings. In deciding to enforce the judgment, the Court noted that none of the recent Supreme Court of Canada decisions on this issue suggest that an otherwise enforceable foreign judgment should not be recognized and enforced in Ontario just because it is under appeal.

b) Breach of Natural Justice

In addressing the defendants’ objections on this issue, the Court deferred to a recent Supreme Court of Canada decision which made clear that enforcement of a foreign judgment may be denied where the process by which the foreign court arrived at its decision amounts to a deprivation of natural justice.[2] This decision held that once an objection is raised, the domestic court must be satisfied that the minimum standards of fairness have been applied to the Ontario defendants by the foreign court and that the defendants had access to a fair process before proceeding to enforce the foreign judgment. In this case, the Court concluded that the defendants were given a fair opportunity to present their case and it enforced the judgment as no breach of natural justice had occurred.

Having decided to enforce the foreign judgment, the Court then considered whether enforcement should be stayed pending the determination of the appeal in Indiana. As a preliminary matter, the Court noted that stays are not automatically available where the foreign judgment is being appealed. However, the Court also recognized that it is neither realistic nor desirable for the judge on the enforcement motion to make a determination that would affect the substance of the appeal.

For these reasons, the Court considered the chronology of the proceedings and the conduct of the parties in the foreign litigation to determine whether a stay was appropriate. The Court’s analysis suggests that the factors favouring a stay of execution include attornment to the foreign court both at the trial and appellate levels, presentation of a full defence and prompt appeal by the defendants, an imminent release of the appellate decision, and evidence that refusing to grant the stay would render the appeal futile. The Court also considered the risk that one or both parties would suffer harm if the stay is either granted or refused, but noted that this analysis requires a consideration of the evidence tendered in support of the allegation. The Court suggested that a stay will likely be refused where it is perceived to be an attempt to prolong litigation.

In this case, the Court granted an interim stay of execution until the earlier of the date the appellate decision is released and the date the parties returned for a hearing. It also granted the stay without prejudice to the plaintiff’s right to bring a motion to lift it should the defendants fail to promptly exhaust their appeal rights.

This decision is consistent with the Supreme Court of Canada’s longstanding emphasis on facilitating the enforcement of foreign judgments under the principles of international comity.[3]

Payment of the subcontractor

Any cookies that may not be particularly necessary for the website to function and is used specifically to collect user personal data via analytics, ads, other embedded contents are termed as non-necessary cookies. It is mandatory to procure user consent prior to running these cookies on your website.